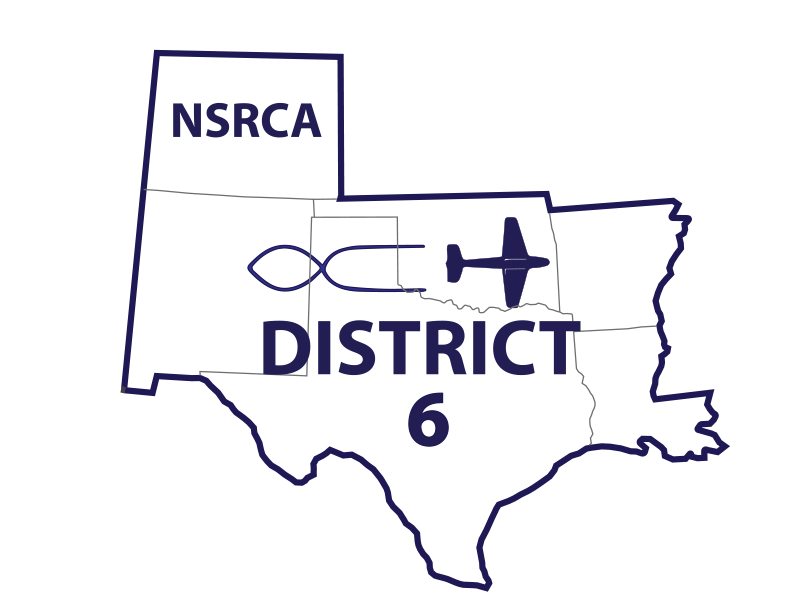 District 6 Vice President: Justin Wells   Ph:817.913.1044   Email: This email address is being protected from spambots. You need JavaScript enabled to view it.

District 6 is one of the largest districts in the country.  We have a very active and innovative bunch.  Competition is strong throughout the District.

Download the D6 Smartphone app, have the contest calendar and events at your fingertips!

The intent of this points system is to reward promotion of pattern locally by recognizing those that participate often and fly consistently well.  The overall goal is to develop leaders, encourage new participation, and create a sense of fun and pride in our district.

Points are accumulated at a contest in Sportsman, Intermediate, Advanced, Masters, and FAI classes based on the position you finished in and how many people you beat.

1.    Your best 5 performances are counted. Two out of district contests can be used to make up your best five.  The Nats will be used for the point system as an in district contest. However, in the Nats you will only earn points for the number of pilots beat based on the largest number of contestants in your class at the D6 contest that has the largest number of pilots in that class in the previous year, plus the place points shown below.

2.      NSRCA membership is required before contest results begin to count toward district championship points.  (IE: To gain points, one must be an NSRCA member).

3.      Points accumulation will end and the winners will be announced after the final contest of the season as listed on the Contest Calendar.

4.      There will be no district championship meet that carries double points because we haven’t solved the problem of making a single contest accessible to all, or a way of combining results of a collection of contests.

5.      The pilot is responsible for delivering out-of-district results to the District 6 VP  for contests they want counted. It will only count if he receives the final results for the entire class flown, not just your finishing place.  Sorry, contests held outside of the continental U.S. may not be used.

Ties will be broken in this way:

1.      The pilot finishing highest in the Nationals. (If only one of the tied pilots attended the Nats, then he will be declared the winner). If neither attended the Nats then go to tie breaker #2.

2.      The pilot who attended the most in-district contests during that season. If still tied go to tie breaker #3

3.      Points winner at the last contest both pilots attended together. If this doesn’t work, go to the previous head to head contest, until exhausted. If still tied go to tie breaker #4

4.      The larger number of people (in the five counted contests) that the pilot beat.